Meet some of our residents

It’s important as we get older to engage in activities which keep us happy and healthy. In celebration of Older People’s Day, these are some of the ways three Abbeyfield Oxford residents contribute to society in their older years, while enjoying the companionship in their home.

Jean (pictured here with Tony – see below) is a former House Manager here, and says “I am fortunate to be able to lend a hand in the Abbeyfield house and garden. I have grown a herb garden for use in the kitchen and check that the plants in the Conservatory are watered and cared for. I love to help in the kitchen and make a dessert for the residents each Tuesday. I have also made lots of chutney with fruit from our trees in the garden. However it’s important to have interests outside Abbeyfield and I have several:

She adds “It isn’t easy to restrict interests and activities in Oxford – there is just such a wonderful world out there!”

Tony came to Abbeyfield Oxford four years ago from the London borough of Bexley to be near his sister, Ruth, living in Steeple Aston.

He lives in a two-room flat in the roof of the house, where he reports he is very comfortable.

He was brought up in the Christian faith by his parents, and for that he is ever grateful. They were interested in the Christian movement known as Moral-Rearmament (MRA) now known as Initiatives of Change, whose aim is to get people to listen to God for his plan for their lives.

Tony listens to God every morning, and as a result of His prompting has attended the International Labour Organisation (ILO) conference in Geneva for the past 16 years, meeting delegates. It is one of the oldest of the UN agencies, being founded in 1919. It is a tripartite  body of government, employers and workers from virtually every nation, meeting to discuss matters affecting the world of labour, passing conventions and recommendations, which, when ratified by governments become national law. Recent conventions have been the fundamental rights of workers and the abolition of the worst excesses of child labour.

A friend asked him to become the railway correspondent for a newspaper reflecting the shopfloor views of British industry, “The Industrial Pioneer”, and he sent the paper at his own expense to all the branch secretaries of the Rail Union, the NUR (now RMT) and some  in ASLEF and TSSA, followed by home visits. Later he arranged a dinner party for people in the industry with a view to encouraging the shift of freight from road to rail. It was attended by the general secretaries of the NUR  and  ASLEF. This has been followed by annual occasions, the latest being this month in the House of Lords. Freight on rail has increased by about 80% since rail privatisation.

Another interest has been in the annual conferences on “trust and integrity in the global economy” sponsored by Initiatives of Change in Caux, Switzerland, encouraging business ethics.

Since being at Abbeyfield Tony has much enjoyed arranging for speakers from Oxford University and locally to talk to us. We greatly look forward to shortly hearing from our MEP’s office  of her work in Europe. 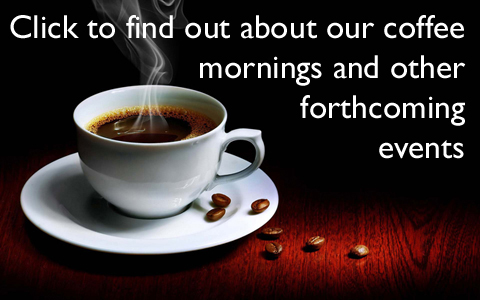